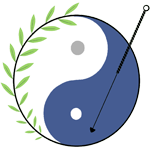 At the present time, Western medicine does not have a good understanding of why acupuncture works. However, they do not deny its effectiveness. Acupuncture consists of the insertion of very fine needles (not much thicker than a human hair) into the body at specific points shown to be effective in the treatment of specific health problems. These points have been mapped over thousands of years. There are precise methods by which Acupuncturists insert needles and it is often painless. It is completely unlike receiving an ordinary injection from a hypodermic needle. Sometimes you will not even know the needles are in place. Other times there may be some tingling, warmth, heaviness, or a feeling of chi moving up and down the channels or meridians. Most people find acupuncture to be very relaxing, pleasant, and many fall asleep during treatment.

The basis of acupuncture is energy or “chi” and its ability to flow freely through the body in channels called meridians. There are many meridians, each representing a specific organ in the body. They flow from head to toe and front to back. It is believed that a block in chi can be the cause of illness or pain in that specific region of the body. The Chinese believed that the body had to have a balance between “yin and yang;” the opposing energy forces within the body. When out of balance, very much like the Eastern medicine belief, the likelihood of illness is much greater. Balancing the meridians and keeping them flowing is the body’s inner force of  healing power, thus the intent of acupuncture.

Modern medicine has incorporated the ancient tradition with a more anatomical and functional approach, often using acupuncture with other treatments of healthcare. This has enabled the ancient techniques to be widely accepted in the United States by most healthcare practitioners. Some of the most frequently treated conditions include pain, migraine headaches, muscular injury, joint degeneration and addiction. The treatment plan varies depending upon the severity of the condition and the hands-on therapy that is usually necessary to restore function. Most treatment plans suggest 6 – 10 treatments as a start. Acupuncture treatment has a cumulative effect in the body so continued care can be tapered off as the symptoms begin to subside.