Common Sense Health: What Do Cigarettes, Sugar and Childhood Vaccines Have in Common?

What cigarettes, sugar and vaccines have in common is the fact that behind each one stands a well-funded, cleverly constructed PR campaign designed to convince the public that these products are safe and questioning their use is completely unnecessary.

⊕ In 1958 the Center for Disease Control (undoubtedly influenced by Big Tobacco) announced: “Smoking does not cause lung cancer.”

⊕ In the 1970’s, the Sugar Industry began its well-funded PR campaign to shift public opinion away from the health destroying effects of sugar. Documents have recently been unearthed from the archives at Colorado University’s library (1) revealing the strategy the industry took to make this happen. By financially supporting (pre-determined outcome) studies, manipulating the data (as well as the media’s reporting of the research), and influencing the nomination of scientists to dietary guideline advisory committees, the sugar industry successfully “neutralized” public concern regarding sugar as a direct cause of chronic illness.

⊕ In 2012, the CDC (undoubtedly influenced by the Vaccine Industry) issued this statement:

“Vaccines Do Not Cause Autism.”

More recently, in the March 2013 issue of the Journal of Pediatrics, Dr. Frank DeStefano published a study (2) suggesting that regardless of how many vaccines are given at one time or how young the infant is at the time he or she receives them, there is no association between vaccines and autism.

I’m sure you’ve guessed the commonality by now. Yes, history is repeating itself! What cigarettes, sugar and vaccines have in common is the fact that behind each one stands a well-funded, cleverly constructed PR campaign designed to convince the public that these products are safe and questioning their unrestricted use is completely unnecessary.

Don’t get me wrong, I smoked my share of cigarettes in college and I’ve certainly indulged in sweet foods. Additionally, as a pediatric registered nurse for 36 years, I believe there are certain important vaccines for children to receive that provide protection against infectious diseases.

However, when I contemplate whether or not I’m going to have a cigarette, consume sugar or recommend a vaccine, I’d like to be equipped with the facts so that my decision can be an informed one. Unfortunately, with all three of these subjects, the information the public receives has been manipulated by the Madmen of Madison Avenue (and the corporations and government agencies who hire them). And profit, not people are their priority!

Thanks in great part to the dogged determination of the truth seekers, the tobacco industry’s lies have been uncovered and the science linking smoking to lung cancer is now common knowledge. Additionally, as a result of fearless and vocal health advocates such as Dr. Lustig, (a leading authority on pediatric obesity at the University of California-San Francisco) we now have a less clouded understanding of the inherent health dangers of consuming too much sugar.

In a recent article Dr. Lustig stated: “ … a growing body of research suggests that sugar and its nearly chemically identical cousin, HFCS, may very well cause diseases that kill hundreds of thousands of Americans every year, and that these chronic conditions would be far less prevalent if we significantly dialed back our consumption of added sugars.” Connecting the dots from this information to escalating health care costs, we now understand that the overconsumption of sugar is costing Americans $150 billion dollars per year and driving worldwide epidemics of Type 2 Diabetes and Obesity.

Case closed regarding the correlation between cigarettes and lung cancer as well as the relationship between sugar and chronic illnesses such as Obesity and Diabetes. Bottom line, you’ve got the information—smoke and eat excessive sugar at your own risk!

But where does the public stand in regards to vaccines and autism? Hasn’t that correlation been negated once and for all you might ask. Is there anything to the fact that the US has the highest vaccination rate in the world (36-45 before the age of 5) and the highest rate of autism (1 in 50)? Confused over this subject? That’s the point. The spin doctors who cleverly created misperceptions regarding the health perils of smoking and sugar are busy at work confusing the heck out of parents and pediatricians regarding whether vaccines are safe or not. As long as that uncertainty lingers and is perpetuated by studies such as the poorly designed one that recently appeared in the Journal of Pediatrics indicating there is no relationship between vaccines and autism, they’ve accomplished their goal.

As stated by Gary Taubes, writer for Discover, Science and the New York Times Magazines, “One of the things that brought down the cigarette companies was finding enormous documentation of the efforts of cigarette companies to cover up the fact that they knew that cigarettes were unhealthful.” As a result of Gary and Cristin Couzen’s investigative journalism, verification of the same type of conspiracy tactics were found in association with the sugar industry.

The studies linking vaccines and autism do exist, but they too have been purposefully and shrewdly concealed.

In a recent letter to congress drafted by Dr. Brian Hooker, PhD, (3) he outlined the research (some even conducted by the CDC) that shows the negative health impact of vaccines and their mercury containing preservative thimerosal (which remains in many vaccines). “The initial analysis of the data used in the CDC’s own “landmark” study, by Verstraeten et al. published in 2003 in the Journal Pediatrics showed that infants exposed to the highest thimerosal levels in their vaccines at one month of age were 7.4 times more likely to receive an autism diagnosis. The children exposed to the highest doses of mercury from vaccines were 7 times more likely to receive an autism diagnosis than children who received the lowest doses of mercury! It is clear that the CDC researchers responsible for this study worked very hard to bury this result via statistical manipulations as even the head researcher, Dr. Thomas Verstraeten, entitled an email regarding the consistent relationship between thimerosal and autism, “It just won’t go away.” Yes, the relationship between thimerosal and autism won’t go away, no matter how expert the experts are at using science to obscure the data.

It is time for the CDC to come clean. Their own data show that vaccines cause neurodevelopmental disorders in children including autism.”

History has taught us the power these well-funded PR campaigns have in keeping the public blind to the truth. Creating a body of so-called science that government health agencies and vaccine companies can use to distract us from any unfavorable research has been a principal tactic.

It is only when enough of us wake up, voice our concern and demand the truth that the real answers will come as to why 1 in 50 of our children develop autism. Looking under every rock (and not hiding the dirt we find there) is how the truth will be found. 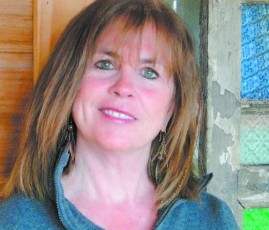 Maureen McDonnell has been a nutritionally-oriented RN for 36 years. She hosts a popular series of health classes at the beautiful Wysteria Inn in Weaverville, in which Maureen explains the importance of GI health, liver detoxing, weight loss, decreasing inflammation, insulin resistance and much more.