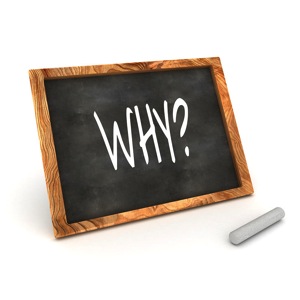 Autoimmune disease has become frighteningly common today. This degenerative condition, which can affect any tissue in the body or brain, happens when the immune system attacks and destroys the body as if it were a foreign invader. Chances are either you or someone you know has an autoimmune disease. Some of the more commonly known autoimmune diseases include Hashimoto’s hypothyroidism, multiple sclerosis, lupus, rheumatoid arthritis, type 1 diabetes, celiac disease, and psoriasis.

Although the statistics for autoimmune disease are alarming enough — it affects one in five people, the majority of them women — these numbers do not tell the whole story. The truth is the autoimmune process typically is underway long before the tissue damage is advanced enough for it to be diagnosed as a “disease.”

In fact, some people go an entire lifetime suffering from the symptoms of an autoimmune reaction that never progresses to the disease stage. This is because tissue damage and symptoms have to be quite severe or life threatening before conventional medicine can offer remedies in the way of steroids, chemotherapy drugs, or surgical removal.

This means untold numbers of people suffer from autoimmune reactions that cause symptoms but are not advanced enough to be diagnosed as disease. This creates confusion and frustration for the suffering patient.

For instance, someone with an autoimmune reaction to the pancreas may struggle with keeping her blood sugar stable despite eating a very good diet. This is because she is on the path to possibly developing type 1 diabetes. It’s estimated 10 percent of those with type 2 diabetes, a lifestyle-induced condition, also have pancreatic autoimmunity and thus markers for type 1 diabetes autoimmunity. Another example is autoimmunity that causes hypothyroidism — Hashimoto’s hypothyroidism. Patients are given thyroid hormone in ever increasing doses but are not instructed on how to dampen or halt the autoimmune attack on the thyroid gland.

People can also have symptoms that suggest multiple sclerosis, arthritis, brain disorders (depression, anxiety, loss of balance, loss of memory, etc.), poor adrenal function, irritable bowel, and others because their immune system is attacking the glands or tissues associated with those symptoms. However, the tissue destruction is not advanced enough to be labeled as a disease and hence medicine has little or nothing to offer.

Fortunately, functional medicine shines in this arena. Specialized lab testing can determine whether autoimmunity is affecting a number of different tissues. Testing can identify (or rule out) the source of chronic, mysterious, and undiagnosable symptoms, such as chronic fatigue, chronic pain, declining brain function, gastrointestinal issues, hair loss, weight gain or weight loss, and more.

This information can validate patients who have long been dismissed or belittled by their doctors for “making things up.” Testing can also uncover autoimmune reactions that are not causing any symptoms. For instance, a person may be producing antibodies (an autoimmune marker) to the sheaths that coat the nerves. In its progressed stage, this becomes multiple sclerosis. Knowing this kind of information can give you more incentive to avoid inflammatory foods and pursue other lifestyle choices that may lower your risk of that silent autoimmune reaction becoming a disease.

In functional medicine we use a variety of strategies to dampen autoimmunity and relieve symptoms. These strategies include an anti-inflammatory diet that removes foods to which you are sensitive and stabilizes blood sugar, minimizing your exposure to toxic chemicals and metals, adopting lifestyle habits that minimize stress and maximize well being (socializing, exercise, play time, laughter, etc.), and the use of natural compounds that dampen inflammation and support the balance of immunity, stress, gut health, and blood sugar.

Ask my office for more information.